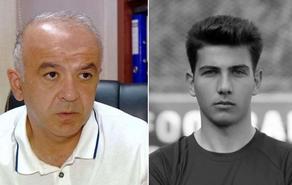 Mirian Nikoladze says that the family will also monitor the ongoing court proceedings, as well as the period of serving a sentence.

"The victim's family demands the perpetrators be severely punished, and the family will follow the proceedings to the end, not only in court but also during the sentencing period, so that events like the one we have seen many times, including parole, pardon, etcetera, do not occur," Mirian Nikoladze noted.

According to the prosecutor's office, the persons mentioned above severely beat Giorgi Shakarashvili on the bank of Aragvi and threw him into the water, as a result of which he died.