"She said that his older brother would have faced problems" 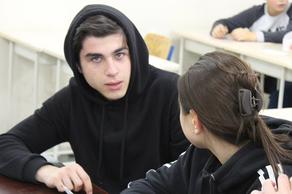 "The investigator told the juvenile that if he refused to confess to the crime, his brother, who attended the military academy, would have faced problems. Additionally, the investigator reinterrogated the teenager in the presence of other witnesses, including the representatives of the school administration and other minors," said the Head of the State Inspector's Service and added that the investigator arbitrarily broke the law and, by doing so, exerted severe emotional pressure on the minors who were at the department.

According to her, the collected evidence eventually made them decide to imprison the law-breaking investigator.