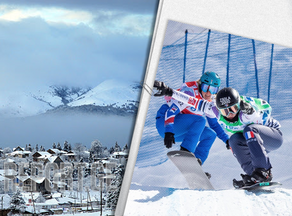 The World Cup phase of the Snowboard Cross competition has ended in Georgia’s winter resort Bakuriani.

A total of 48 athletes from 14 countries took part in it.

Charlotte Bankes from the UK became the winner among females, while Italian Omar Visintin claimed victory among the men.

The Ski Cross and Snowboard Cross championships were held under the aegis of FIS, following the COVID protocol and regulations.

The competition was organized by the Georgian Ski Federation and the Mountain Resorts Development Company under the Ministry of Economy and Sustainable Development of Georgia.