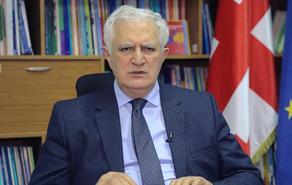 Director of the Center for Infectious Diseases, Amiran Gamkrelidze, spoke about the increased number of infection cases of the last three days and summoned the population to be cautious. According to him, there is a new, so-called, Saburtalo cluster formed. Gamklrelidze told journalists that there were two possible sources of this cluster, and one of the sources was his colleague.

“Eleven new cases are added during the last 24 hours, two out of which are from the Bolnisi cluster, which is the hottest place, while nine other are the contacts of one confirmed case. The contacts are under intensive study during the last two days, revealing around fifty contacts. Nine of these contacts, besides the two, confirmed two days ago and considered as a source, are confirmed the infection. The rest of the contacts are being examined. It is a newly formed cluster representing the members of one family and their very close contacts. We consider the primary source of the infection is one of my colleagues and the family members, plus their contacts.

Nevertheless, I emphasize that the research is in process. Now our group is in the place, taking the biological material from the contacts, hence the in-depth research continues. My colleague might be a primary source. Another source of this cluster is also considered and studied.

The working place of the primary source is also studied, and the corresponding measures are undertaken.” – Gamkrelidze said.