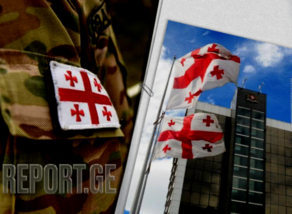 The Ministry of Defense of Georgia has released a statement on the incident in the 4th Mechanized Brigade.

"On 3 March 2021, in the 4th Mechanized Brigade, a contract serviceman, an Airman First Class, known only as J.Dz., attempting to take his own life, shot himself with his service gun on his shift. The military man was hospitalized immediately to receive the corresponding medical care; however, doctors failed to save him.

The military police under the Defense Ministry have launched an investigation under Article 115 (crimes of driving to suicide) of the Criminal Code of Georgia. According to preliminary information, family problems are the reason behind the suicide," the statement reads.