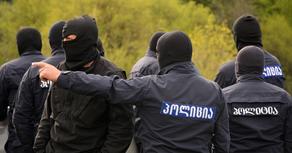 Special operations forces are still dispatched in the Akhalkalaki region. Law enforcers are patrolling the area near the house of detainee Arthur Gabrieliani.

A police crew is also in the vicinity of the village of Kulikam, where a 27-year-old man, who was murdered in physical altercation, resided.

Young people were involved in physical clashes in the Akhalkalaki region. Massive clashes between two groups of young people occurred in the region after the man, 27, was killed. After the fatal incident, they broke doors and windows of a hotel and set it on fire. Some other houses were also burnt.

The investigation into the case has been launched under Article 108 and parts 3 and 4 of Article 236, envisaging the crimes of deliberate homicide and purchasing, storing and carrying firearms.

A man detained after the murder is now facing deliberate homicide charges.