Special initiative at the Ministry of Justice 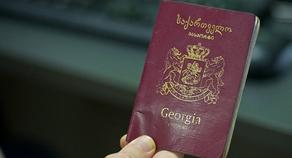 At the initiative of the President of Georgia and the Minister of Justice, on the occasion of Diaspora Day, from May 24 to June 7, Georgian citizens abroad will receive an electronic ID card free of charge and a biometric passport - at half price.

Whose biometric passport has expired or expires on June 7, 2021;

Who holds an old, non-biometric passport.

The citizen will receive the electronic ID card free of charge:

Who has never had a Georgian citizen ID card;

The electronic ID card and biometric passport of a citizen of Georgia are documents of modern, protected, and European standards. The initiative will facilitate the crossing of the border, case management, and the use of the electronic services offered to them by the state of Georgia. Identity documents will help foreign citizens to exercise their right to vote. To participate in a special campaign, Georgian citizens living abroad must apply to Georgian diplomatic missions or consular posts abroad.