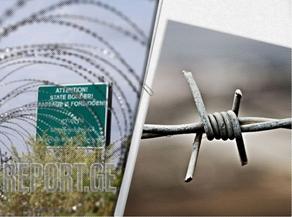 The SSS of Georgia has released information on the 100th meeting within the framework of the Incident Prevention and Response Mechanism in Ergneti village, Georgia's Gori municipality.

The statement says that the Georgian side put forward the issue of releasing Georgian citizens, including Zaza Gakheladze, from the so-called Tskhinvali's jail.

According to the statement, the involvement of Helga Schmid, the Secretary-General of the Organization for Security and Co-operation in Europe (OSCE), testifies to international partners' unprecedented support.

One of the topical issues discussed at the meeting was Georgia's illegal borderization by occupants.