State Security Service candidate will be heard in the Parliament

State Security Service candidate will be heard in the Parliament 16 October, 2019  10:41 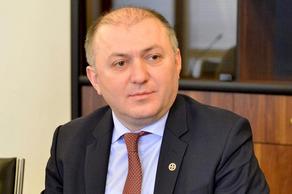 The position of the Georgian Dream is united and the candidacy presented is acceptable. The opposition says they will not support Liluashvili.

Grigol Liluashvili is the First Deputy Head of the State Security Service of Georgia. He will replace Vakhtang Gomelauri, who has been appointed as Minister of Internal Affairs.