Taxi drivers to have their fines revoked 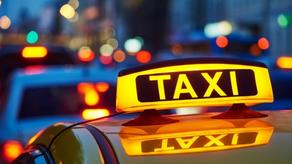 Fines imposed on taxi drivers yesterday within the new regulations are planned to be written off.

Reportedly, the Parliament will issue a one-time tax amnesty act in accordance of which taxi drivers having been fined on Oct 1 will have their 200 GEL fines revoked. The corresponding draft legislation will be initiated from the next week.

Taxicabs were divided into A and B categories on Oct 1. B category taxicab drivers will no longer have taxi top signs and will be unable to serve passengers.

Some drivers were fined for violation of new regulations and staged a protest rally outside the Tbilisi City Hall afterwards.