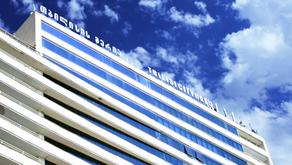 The Tbilisi City Hall has denied information saying that Georgian educator, children's writer, and journalist Iakob Gogebashvili's grave and relics have been damaged.

The statement by the City Hall says that the state agency carried out important infrastructure works in the Mtatsminda Pantheon in 2019. According to the City Hall, the information saying that the ongoing construction efforts in the pantheon damaged Gogebashvili's grave is a lie. ''The gravestone fell due to its obsolescence; the Monument Protection Agency was notified of the fact immediately, and the gravestone was restored in compliance with all procedures,'' the statement reads.