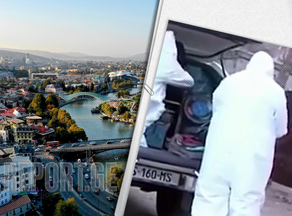 A deceased woman's body has been discovered at Monk Gabriel Salos Avenue, Tbilisi. Ala Tibisova, 66, passed a month ago, on Nov 15, but the family has not so far buried her.

The woman's 38-year-old son Zurab Barbakadze supposes that his mother died of a heart attack.

The family has lived with the body of the late woman for a month. In Zurab Barbakadze's words, they did not bury her, as they did not want to bother their neighbors.

"She died at 10 a.m., on Nov 15. We did not tell anybody, as we are really short of money. We were extremely scared," Barbakadze said.

Neighbors have notified the police of the woman's death.

The MIA has launched the investigation of the case under Article 115 of the Criminal Code of Georgia, envisaging the crime of driving to suicide. The late woman's son was also taken for questioning.

Experts and criminologists are now working on the scene. The body is set to be transported for forensic examination.