Tbilisi Mayor departs for abroad, claiming he will be back shortly 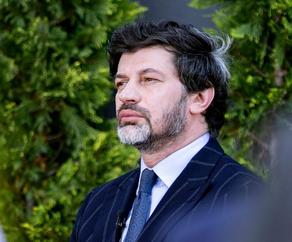 "I have had to depart for abroad; I will not be in Tbilisi for several days," Tbilisi Mayor Kakha Kaladze said while commenting on the Hippodrome park.

He said goodbye to the public and wished health, adding the latter is most important.

Earlier, he said that any person is allowed to contribute to projecting the Hippodrome park in Tbilisi.

Shortly before, Kaladze posted on his Facebook page that he had been diagnosed with vertebrobasilar insufficiency and vestibulopathy.

He was discharged from the clinic on April 4.