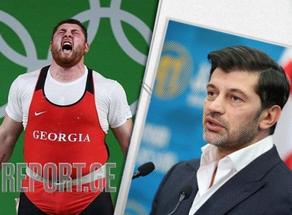 ''I congratulate Lasha Talakhadze and entire Georgia on our another gold!

Let us see lots of victories in the future too!'' Kakha Kaladze's Congratulation Letter reads.