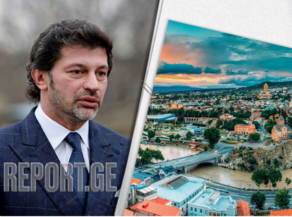 In Kaladze's words, infrastructure works have already been launched in the city to build new bus routes.

''We plan to purchase two hundred 18-meter buses next year,'' Kaladze said, adding that new bus routes will cover the entire city rather than its separate streets only.