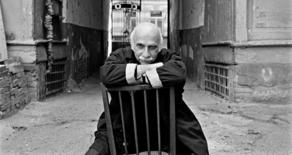 The gala-concert planned for Tbilisoba is dedicated to commemoration of famous Georgian composer Gia Kancheli.

Gala-concert and honorary freemen awarding will take place in Orbeliani square on October 5 at 20:00

The funeral cortege of Great Maestro is planned from the building of Shota Rustaveli Tbilisi State Drama Theater at 14:00.

Gia Kancheli is the author of many symphonic and chamber music pieces. He wrote soundtracks for drama performances and movies such as “Mimino”, “Crazy men”, “Kin-dza-dza”, “Blue Mountains”, “Don’t worry” and other.

Gia Kancheli died at the age of 84. He will be buried at Didube Pantheon of Writers and Public Figures.