Tea Tsulukiani: The investigation should have maximum trust

Tea Tsulukiani: The investigation should have maximum trust 18 December, 2019  10:28 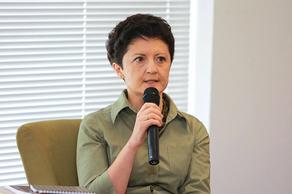 "The investigator being in custody means that the State Inspector Service is investigating the case quickly," Tea Tsulukiani, the Minister of Justice of Georgia, said.

"The investigation is being carried out by the State Inspector Service, which was launched a few weeks ago, and it was one of the big and resonant reforms of this government. This service is investigating such important matter for the first time. They should show that the investigation will be provided with the highest degree of credibility by the public," Tsulukiani said.