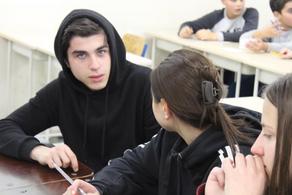 A 15-year-old minor having attempted to take his own life has reportedly passed away at Iashvili Children's hospital. He has been connected to a mechanical ventilator so far. The doctors have failed to save his life.