Tengiz Tsertsvadze says he followed Americans' advice, not WHO's 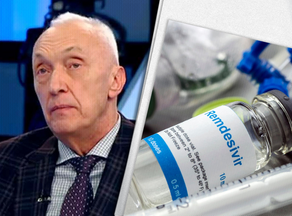 Tengiz Tsertsvadze, the head of Tbilisi's infectious diseases, Aids, and immunology research center said that in his case, remdesivir drug had a positive effect, but he does not recommend it for general use.

According to Tsertsvadze, lots of people, including the health minister, have been against importing the drug to Georgia.

"This criticism was absolutely over the top. People just exist to pass judgment on others. The government refused to import remdesivir; however, I have tried to reassure those who were against the drug. They refused anyway. Some experts claimed that the drug was not effective. The health minister started to approve an import of remdesivir now, as lots of experts, who are not less qualified than me, have alleged that it was ineffective. Both they and I have had our reasons. I followed American's advice, not that of the WHO, and started taking the drug. I was a high-risk group patient: over 70, and with a serious health condition," Tsertsvadze said, adding that the drug lived up to his expectations; however, he does not know whether this was a mere coincidence or the drug's effect.