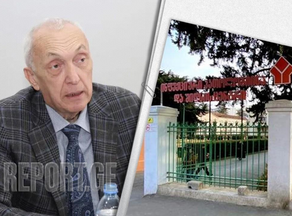 Tengiz Tsertsvadze, the Director-General of Tbilisi Center for Infectious Pathologies and AIDS, said that the vaccine is only two or three weeks overdue, its landing mechanism works well, and Georgia will have its 3.5 mln doses before the end of 2021.

According to Tsertsvadze, around 40,000 doses of AstraZeneca will supposedly land in Georgia in Mid-March, with agreements already concluded or to be concluded with other platforms such as Covax and Pfizer.

As Tengiz Tsertsvadze says, the government is also holding negotiations in India to import around 150 thousand doses of vaccine to the country. "Before the end of the current year, a total of 3.5 mln doses are planned to be transported, including AstraZeneca, Pfizer and Novax," Tsertsvadze said, adding that the vaccination plan providing for vaccinating 60% of the public will have been completed by the end of 2021.