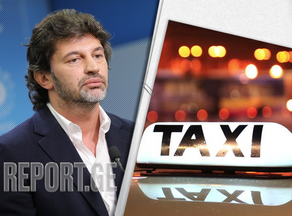 "The drivers of any type of taxis will be subject to mandatory PCR testing every two weeks," the mayor of the capital, Kakha Kaladze, said at today's meeting of the municipal government.

As he noted, according to the decision of the Interagency Coordination Council, both A and B category drivers will be tested.

"In order to avoid the risks of spreading the virus, risk groups are constantly being identified, and PCR tested. Taxi drivers belong to one of such risk groups. It is vital to be insured as much as possible, to take care of people's health and safety. Accordingly, mandatory PCR testing should be carried out," Kakha Kaladze stated.

According to him, there were unfortunate cases in the capital when infected taxi drivers continued to work.

"To be insured, it is important that PCR testing of taxi drivers is done every two weeks," the Mayor of Tbilisi said.

Tbilisi City Hall will submit the relevant legal changes to the City Council for approval. The process will be monitored jointly by the City Hall and the central government.