The condition of the injured police patrol is critical 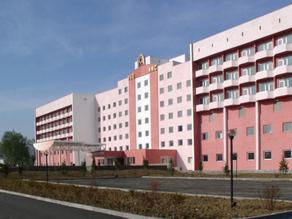 The condition of the police patrol injured during the car accident near Kareli is still steadily critical, Ghudushauri Clinic press service told Report.ge.

According to them, the patient's condition has not changed and law enforcer is still in the intensive care unit.

Yesterday, police patrol officers were injured in the car accident on the Khashuri-Agara section of the Tbilisi-Senaki-Leselidze highway. One of the injured was taken from Kareli to Tbilisi by helicopter.

A trailer on a highway crashed into a highway patrol car.

Investigation is in progress under the article 276, part 2 of the Criminal Code of Georgia, which implies violation of traffic safety or exploitation rules causing human health damage.