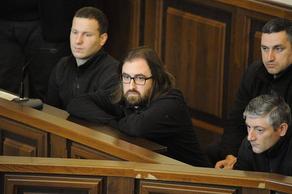 The Patriarchate has addressed the Government with the request of pardoning Deacon Giorgi Mamaladze.

" A motion is being submitted with the President of Georgia so that Deacon Giorgi Mamaladze, whose clerical status has been suspended, is pardoned in consideration of his hard family situation and a great number of requests," reads the judgement by the Holy Synod.

Deacon Mmaladze was convicted in relation to the so-called cyanide case. As his family members state, his health condition is critical, and they have repeatedly asked both the Patriarchate and the Government to pardon him.