The residents of the exploded building are evacuated 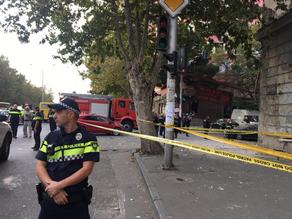 As a result of the explosion that occurred in Guramishvili street the residents of the building were evacuated. Nadzaladevi district municipal self-government (gamgeoba) informed about it the report.ge correspondent in place. According to the information four persons are seriously injured and placed in hospitals.

“We created an organizational group to coordinate with the residents of the damaged building. Right now we will place them in hotels and later we will rent apartments for them, if needed.” – said the head of the gamgeoba.

The explosion in Guramishvili street occurred today at approximately 8:10. According to the information from Emergency Management Service the explosion most probably was caused by gas leakage.