The state of emergency toughened in Samegrelo 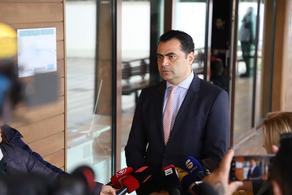 “Nobody is allowed to move in the cities and villages unless emergency reasons,” – says the regional government representative, Alexandre Motserelia.

Starting from March 29, all public transport will stop functioning.

“All vehicles, transporting more than three people, will be stopped. All the people in cars must wear protective masks. We will inform all citizens about the recommendations. No one is allowed to move unless emergency reasons.” – said Motserelia

He says that the reason for toughening the restrictions is expected epidemic risks, and the only instrument to detain the virus spread is social distancing. He also says that the region is bordering the occupied territory, and there is not a good epidemic situation there. The Georgian citizens living in the occupied territories are expected to come to the Samegrelo region for treatment. The government plans to provide support to those who cross the so-called border.