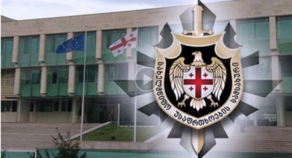 The State Security Service has released a statement in terms of the video footage of supposed abuse in the Tskhinvali penitentiary facility.

"The Central Government of Georgia, due to the occupation of Georgian regions, is denied the possibility to be immediately provided with information on the health conditions of illegal detainees in the breakaway regions. For determination of their health conditions, the Central Government actively employs hotline tools operated by the European Union Monitoring Mission. The fact that if the family addresses, The International Committee of the Red Cross can visit illegally detained individual is also noteworthy. When Lasha Khetereli was kept in unlawful custody, The State Security Service activated hotline. On 22 October, unlawfully detained Khetereli was freed. Released information on his supposedly damaged health cannot be confirmed," declares the State Security Service.

The footage allegedly filmed in a pre-trial detention cell in the region of Tskinvali showing prisoners being beaten by the so-called law-enforcers has been leaked online.