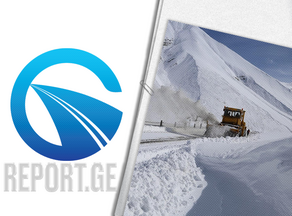 Trailers and semi-trailers have been banned from the Gudauri-Kobi section of the Mtskheta-Stepantsminda-Larsi highway, according to the Roads Department of Georgia.

"Snow and icy roads have resulted in banning trailers and semi-trailers at the Gudauri (Posta)-Kobi section of the Mtskheta-Stepantsminda-Larsi highway. Other modes of transport are permitted in the area" the Roads Department says.

Patrol police officers will reportedly control the traffic flow in this area.