Trial of couple accused of espionage in Tskhinvali 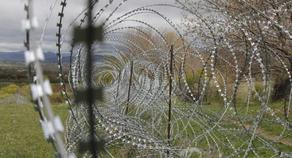 The so-called court of so-called South Ossetia sentenced the Lipin couple, who were arrested in July of last year on charges of spying for Georgia.

Sputnik writes that according to the de facto security committee's information, the so-called former employee of the Presidential Administration Sergey Lipin and his wife Nanuli (Chulukhadze) Lipina were found guilty of high treason.

The husband got sentenced to 16 years in prison for the "crime" and the wife to 13 years in jail, they also had to pay a fine of 500 and 300 thousand Russian rubles.

The information states that the couple confessed to the crime and are not going to appeal the verdict.

According to the de facto security committee, the detainees' daughter, who is also suspected of "treason," is currently on the territory controlled by the Georgian government.

According to the so-called Prosecutor General's Office, the "culprit" provided the Georgian special services with data the Georgian Army used in 2008.