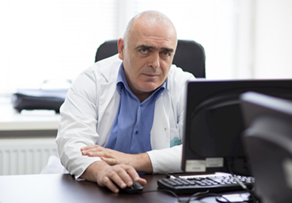 Renowned Georgian doctor Vazha Gaprindashvili is being held in custody by the the de-facto government of Tskhinvali region. He has been placed in pre-trial cell in Akhalgori Municipality, with this information having been released by the so-called KGB Agency of Ossetia. Along with Vazha Gaprindashvili, three Georgian citizens have also been detained.

A few hours ago, the so-called court of Akhalgori discussed the case of the detained individuals. The three of them have been fined and exiled from the territory, whereas the doctor was again taken to the cell. A criminal investigation against him is sill underway.

The de-facto government has accused the Georgians of illegally crossing the so-called border.

The hotline has started operation and The European Union Monitoring Mission has been notified of the incident.