UNM leader: There is no greater misfortune than this 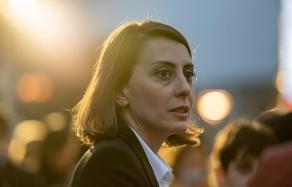 A UNM leader Khatia Dekanoidze has responded to the recent attempt by Zaza Gakheladze's mother to take her own life.

''Gakheladze's hopeless mother. The mother's hope that she would see her son free has been dashed by the government; she has been left doomed to die. There is no greater misfortune than this,'' she said in her social media post.