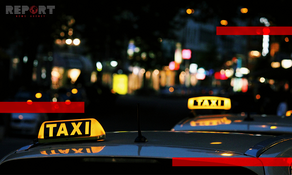 "Up to 2000 taxis have been fined from October 1 till today", Kakha Kaladze, the Mayor of Tbilisi said.

“Unfortunately, we have cases where cabs move around the city without special permit. 700 out of 2,000 were fined on October 1. That is why the Parliament in agreement with us has decided and issued an amnesty for these penalties. After October 1, all drivers who have been fined for not having a permit will have to pay a fine”, Kaladze said.

The Mayor of Tbilisi thanked the Ministry of Internal Affairs for the patrol service and urged cab drivers to get their licenses.