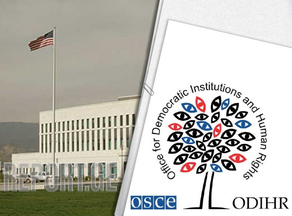 The United States welcomes the release of the OSCE/ODIHR Limited Election Observation Mission Final Report, a statement released by the US Embassy to Georgia, reads.

“The report underscores the continued need for important reforms, particularly in the areas of campaign finance, electoral administration compositions, and dispute resolution. The United States shares these concerns, and urges Parliament to continue a deliberative and inclusive reform process that addresses these longstanding ODIHR recommendations. These important reforms will strengthen political pluralism and democracy, and help Georgia achieve its goals for increased Euro-Atlantic integration. Civil society and the opposition, including opposition parties currently outside of Parliament, have important perspectives that must be included. We call on all stakeholders to engage in good faith in the reform process, both to strengthen this Parliament and to ensure future elections are more free and fair,’’ the statement says.