We have never closed door for anyone: Kakha Kaladze 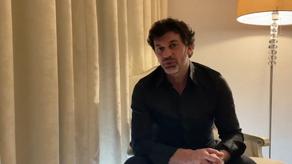 In his words, false information was released regarding the Hippodrome area construction.

He claimed that no restaurants are under construction in the Hippodrome park, neither is it being embedded in concrete, but in reality, the park project is under development.

“The park project is being developed. It has not been completed yet, and we don’t know how this particular area will look like. Thus, I want to address the public to engage in the work and remain more informed about installing specific areas. We have never closed a door for anyone; we always try to collaborate with the public,’’ Kakha Kaladze said.

The Hippodrome area hosted a protest yesterday. Citizens stated that the area is being embedded in concrete.