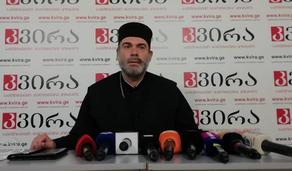 “Representatives of church will also take part in the protest against the film And Then We Danced”, Protoiereus Davit Rukhadze stated.

"The Georgian nation has always been a warrior. Men in our country are raised as men, not as coward. While behaving like this we will not be able to return our lost territories. This is a horrible propaganda and Georgian people will not allow it", Rukhadze said.