We will keep on fighting - Nakaidze on Mosque Construction 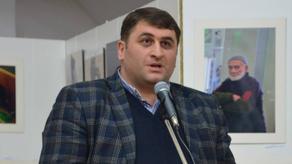 The Chairman of the Union of Georgian Muslims has welcomed the decision of the Batumi City Court regarding the construction of the mosque.

Tariel Nakaidze told Report.ge that the legal battle for permission to build the mosque will continue.

The Batumi City Court has partially recognized the case of Muslim community discrimination fact by Batumi City Hall and upheld the lawsuit over the construction of a new mosque.

The New Mosque Fund and the Union of Georgian Muslims say the recognition of discrimination was an important step forward and that they will continue the legal fight.