What weather will be like in Georgia in coming days? 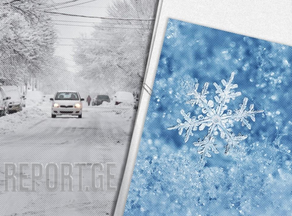 On February 22-24, partly cloudy weather and light snow will continue.

On February 25-26, mostly cloudy weather is expected, with heavy snow in places. The west wind of 10-15 m / s will continue to blow, blizzards and fog are on the forecast.