Why Georgian health minister has not yet received second vaccine dose?

Why Georgian health minister has not yet received second vaccine dose? 3 December, 2021  22:41 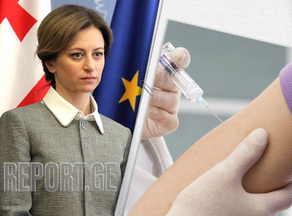 Health Minister Ekaterine Tikaradze expanded on the reason for her refusal to receive the second COVID vaccine dose.

In Tikaradze's words, she was jabbed with AstraZeneca shortly after vaccination was launched in Georgia. However, as the minister said, she contrived COVID a definite period of time after being jabbed. In this timeframe, new order saying that the AstraZeneca vaccine posed some risks to people's health (she also had minor side effects) was issued. For this purpose, she had to undergo some consultations to learn which vaccine was allowed for her. Tikaradze said that as we know today that Pfizer is safe for people having received other vaccines, she plans to receive her second dose before the end of the current year.