Worker fell from construction in Batumi 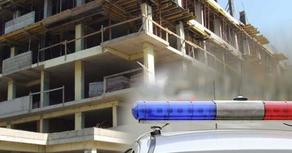 Worker fell from a building construction in Batumi and died on the spot.

According to eyewitnesses the death was caused by the flaw of the external elevator. A young man was painting the exterior of the building.

The Deputy Director of the Batumi Medical Emergency Center told report.ge, that when doctors arrived at the scene the worker was already dead.

According to the Ministry of Internal Affairs, the investigation was launched under the second part of Article 240 of the Criminal Code of Georgia, which implies breach of safety rules during mining, construction or other work.