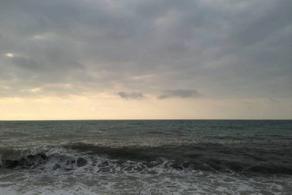 The rescuers found the body in the sea last night.

Two young men failed to come out of the sea on August 15. Rescuers saved one, while the other vanished in the sea.