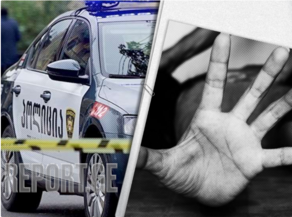 A man under the age of 30 physically abused and broke his wife's hand in Tbilisi. According to reports, the incident happened a week ago. The woman is three months pregnant. She was taken to the clinic with multiple injuries.

As Report.ge was told in the Ministry of Internal Affairs, the man was arrested on the same day. He was charged under Article 126 of the Criminal Code of Georgia, which covers domestic violence.