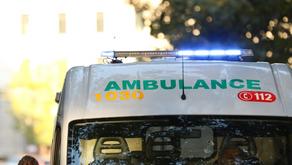 A woman under 30 died in the Chiatura municipality.

According to Gocha Giorgidze, the Head of the Imereti Division of the National Center for Disease Control and Public Health, a viral infection has not yet been confirmed as the cause of the woman's death.

"As far as I know, she arrived at the hospital with severe respiratory failure and high fever. She had heart and abdominal pain. The viral infection is not confirmed in the laboratory," Gocha Giorgidze said.

According to doctors, the patient died within an hour and a half of hospitalization.