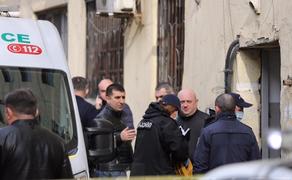 A 32-year-old woman poisoned by natural gas in Nadzaladevi district died in the hospital.

Her 22-year-old brother was also taken to the clinic in critical condition.

Tbilisi Energy told report.ge the banned installations have been removed in June in the apartment where the accident took place, but despite the warnings, the customers connected the equipment mentioned above themselves.

According to the company, (CO) was allocated in the apartment, which was reportedly rented.

Edisher Khorava, the Director of the company, said that the supply of gas to the apartment was arbitrarily restored.

"We do not know what caused the intoxication and then the death of one person yet. There were certain violations in this apartment, and the company cut off the gas supplies. The investigation will determine the causes," Edisher Khorava said.

According to the Ministry of Internal Affairs, the investigation was launched under Article 240 of the Criminal Code of Georgia.

The crime is punishable by fine or house arrest for the term of up to 6 months to 2 years, or by imprisonment for up to 2 years, with deprivation of the right to hold office or work for the term not exceeding three years or without.