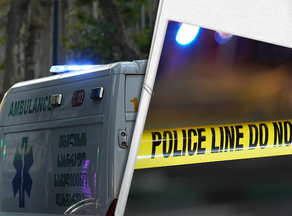 A passenger car has reportedly crashed into a truck, which was parked in the vicinity of Sukhishvili Street, in Varketili district, Tbilisi. A young female driver died on the spot, while her passenger was hospitalized.

Police crews are now on the scene. The investigation into the case is in progress under Part 6 of Article 276, envisaging violation of traffic laws and road safety, resulting in death.