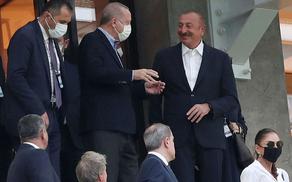 On 12 June, the Wales team ended a game with Switzerland draw 1-1, while Turkey lost with Italy 0-3.