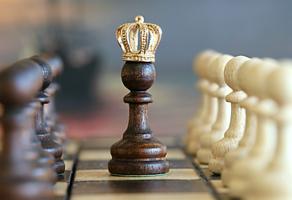 According to the Azerbaijan Chess Federation, Azerbaijani chess players will compete in the tournament that will be played over five rating groups.

A total of 800, including 19 Azerbaijani players, have been registered so far.

Registration for each rating category will close two days before the start of the respective qualification group.

Any member of a European national chess federation with a valid FIDE ID can register by paying a small entry fee of five euros.

Chess players from 48 countries will compete in the Championship on May 16-31.