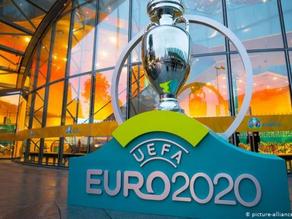 As confirmed by Azerbaijani Football Federation, Baku will host Euro 2020 Matches next year.

Three of the matches are A Group, and one is the Quarter-final.

Based on official data, additional documents justifying the readiness of the city to be sent to UEFA by the end of April.

London, Dublin, Bucharest, and Copenhagen have confirmed the readiness to host the matches. A few more cities are still expected to confirm, including Budapest, Amsterdam, and Glasgow.