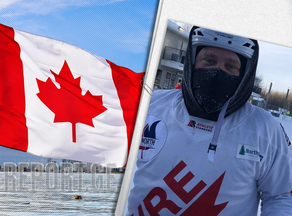 Hockey athletes from the province of Alberta set a world record in Canada. The game lasted more than ten days and ended on the morning of February 15th.

The match took place on an open-ice rink near the town of Edmonton. Teams Hope and Cure fought to win. Forty athletes, who took turns, played hockey for 252 hours.

According to one of the game organizers, the last sporting event is in the Guinness Book of Records. It is noted that in 10 days, its participants collected more than 1.84 million Canadian dollars ($ 1.45 million). The money is known to be spent on cancer research at the University of Alberta.

The organizer also added that the athletes could not be disturbed even by rain and frost during the game. He said that the hockey players did not receive any serious injuries.

It is known that these two teams also set the previous record. In 2018, they played 251 hours, 7 minutes, and 58 seconds non-stop.