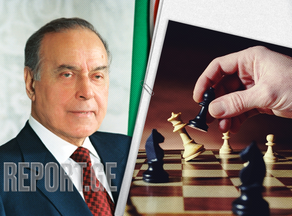 A chess tournament among teenagers and youth dedicated to the 98th birthday anniversary of the national leader of Azerbaijan, Heydar Aliyev, will be held at the initiative of the Azerbaijani Embassy in Georgia and with the support of SOCAR Georgia.

The Heydar Aliyev chess tournament starts at 10:00 on May 10 at the embassy (Address: Tbilisi, Vakhtang Gorgasali Street 4).

According to the tournament results, Georgian citizens winning the first three places in two categories will be awarded at the embassy by Ambassador Faig Guliyev and authorized representatives of the Georgian government on the same day.

The tournament will be held according to a "Swiss system" (10 minutes, without additions).