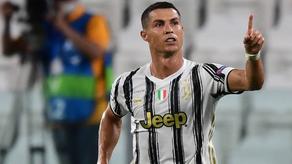 Cristiano Ronaldo has been named as the best footballer of the season, according to the official web page of the Juventus Football Club.

"It was a very long season, with a championship that lasted almost 11 months. An unexpected stop halted things, but when things started up again we won… again. Among all these ingredients, there is one element that has been a constant: Cristiano Ronaldo's goals.

For decades no one had managed to achieve 30 goals just in the league for a Juventus, and Ronaldo, who reached this milestone in record time, often proved decisive and fundamental. Some, even extraordinary: do you remember his stunning header against Sampdoria at Marassi?

For his goals, his class, his coolness, his leadership, and his being an absolute champion, Cristiano Ronaldo was the most voted player by the Juventus fans throughout the year.