Draw for 1/16 final of Europa League 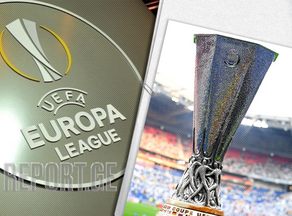 The 24 teams from the group stage and the eight third in the Champions League group stage have formed 16 pairs.

The teams were divided into two: the winners of the groups and the runners-ups. According to the pre-imposed restriction, teams from one country could not meet each other, as well as teams in one subgroup at the group stage.

As a result of the draw, the eighth-final pairs were formed as follows: